Your PCB Board Surface Finish 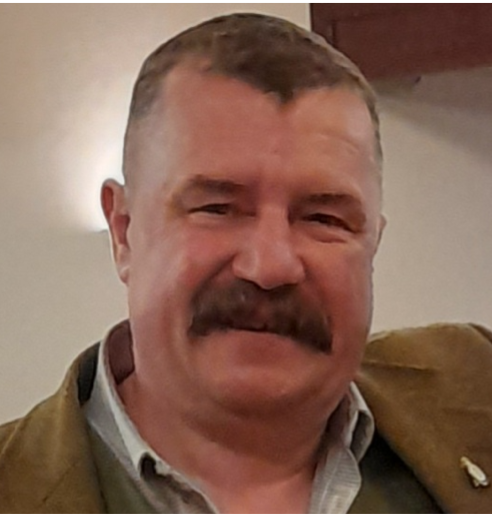 10 Aug Your PCB Board Surface Finish

How Decisions Influence the Dynamics 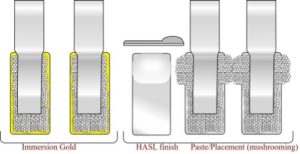 In this series of blogs, we look at some of the questions that are often asked by customers, dispel some of the myths about the electronics manufacturing industry, and provide examples of how experienced staff can resolve issues in manufacturing.

This particular article will look at the choices available to customers when it comes to PCB surface finishes. The PCB surface finish is a coating between a component and a bare board PCB that is applied to ensure solderability and protect exposed copper circuitry. While the customer may choose the type of finish on its service life and cost, for manufacturers the main concerns are how the finish will process down the production line and its solderability.

There are four main finishes used for the majority of applications, and each has its own pros and cons. The finishes are:

There are also some other more unusual coatings that are rarely used.

Horizontal HASL is an in-line process with repeatable flatness

All of the coatings vary in producability due to the nature of the processes and materials used in their manufacture. Arguably, the best coating from a soldering perspective is HASL, but it has a few other issues, including reliability. One of the biggest issues with HASL coating is when it is used with fine pitch components, the coating can leave a slight bump of solder at one end of the pad. Component placement can then squeeze paste out of the domed solder, resulting in a mushrooming of the paste, causing short circuits.

Modern HASL coatings with lead free solders are considerably flatter than tin lead HASL. However, there can be variation from batch to batch or supplier to supplier which can cause issues, mainly when vertical HASL processes are used.

There are also reported links between HASL and Surface Insulation Resistance (SIR) and Conductive Anodic Filament (CAF) issues. These are most likely caused by the board being submerged in molten solder, which causes the laminate to open its pores wide above Tg, whilst coated in an aggressive polyglycol type flux. Once cooled below Tg, the pores close, trapping residues deep into the laminate. This makes the full cleaning of residues impossible.

HASL is excellent for soldering, and has a good shelf life. However, it can also be more sensitive to humid environments and leakage than other finishes due to its poor SIR values.

“Black Pad” is another issue that has affected immersion gold coatings, and still comes up as a concern for some customers. However, modern PCB suppliers are aware of the concern and have worked to nullify the issue. The effect is caused by the phosphor content, which softens the nickel and makes it chemically more resistant to attack. If the phosphor content is too high, then solderability is reduced. In high-speed circuits, phosphor content can also be a concern, as nickel is semi permeable with phosphor at a concentration of around 11%. Most manufacturers target 13% as the mid phosphor content. Today, PCB fabrication phosphor content is mostly under control, but high reflow oven settings, over 260°C, is a more common cause these days.

HT OSP (ENTEC) is a coating technique that is the preferred choice for multi-layer FR4 boards, products that will have multiple reflow stages, or those to be used with a reflow wave. There are different types of HT OSP treatments that provide different coating thicknesses. For example, HT OSP (ENTEC) coating will give a thickness of 0.30 – 0.45 μm, while HT OSP (Tamura) coating gives a slimmer thickness of between 0.25 and 0.35 μm. There is limited time availability for soldering events when using this type of coating, and the time between reflow and wave should be within a single shift. OSP boards should also be treated as a moisture sensitive component (MSD).

HT OSP coating is flat, meaning that it is very suitable for use with fine/ultra-fine pitch/chip scale components. It also has a clear finish that allows any visual imperfections of the copper to be clearly seen – an unblemished surface will appear a salmon pink colour, while browning indicates copper oxide which is unsolderable. Solder paste has very low wetting spread on HT OSP, and does not wet much further than the printed area. The low wetting spread is sometimes classed as a weakness for the coating, however it can also be used for paste control on difficult devices. Finally, it has the strongest intermetallic interface of all finishes.

OSP also has some disadvantages. Its copper oxide protection degrades after each exposure to reflow temperatures. HT OSP melts at 170ºC and boils at 360ºC. The higher the reflow zone settings, the faster the oxide build up, and the quicker its solderability reduces.

HT OSP is also sensitive to any form of surface contact, for example, with the sticky rollers used for dust removal. It is also sensitive to solvents, which can dissolve the coating. Solder paste misprints should never be washed off HT OSP boards, as the surface has been partially removed and will be degraded enough to affect solderability. Finally, HT OSP is sensitive to flux selection and more active fluxes are needed for wave solder. Thin traces exposed to the wave can also dissolve into open circuits. The use of tear drops pads for fine width (≤0.2mm) copper traces can help alleviate this.

Despite the issues mentioned above, HT OSP is a common high-volume finish, the minimum handling and fast process speeds through the line make it a viable option for high volume production. Batch process are more difficult, due to the coating’s sensitivity to handling and time constraints between processes.

Immersion silver coating is the deposit of a thin layer of silver onto the board’s copper, while copper is transferred into a solution. The Organo term comes from the oxidation inhibitor, which is normally co-deposited with the silver. The process is very similar to the immersion gold process. Immersion silver coating is flat with good intermetallics. It has a slightly better wetting spread than OSP coating, and a light brown tarnish, which is only just solderable.

If ICT test probes must be used to probe the second side, the organic oxide inhibitor can produce a thin, hard layer on the second reflow (around 10 Angstroms thick) which may cause test probe problems. To lessen those problem, the lowest possible reflow temperatures should be used for both sides.

Immersion Silver coating is good for solderability, however, it is easily tarnished especially when exposed to cardboard (sulphur). It is not a finish used in in some applications, such as telecom servers, or the car industry due to silver creep corrosion. Silver is easy to migrate when a suitable mobile liquid is present. With good handling and storage it has a good finish that is easily producible.

2) Lots of handling steps in the vertical HASL process, and not always a flat surface.

3) Horizontal HASL is an in-line process with repeatable flatness.